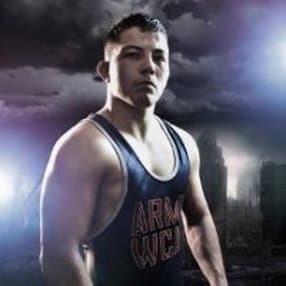 Coach Joe dreams big for not only himself but his athletes. “My goal, it might be a small thing, is to change youth wrestling in order to get us better at the Olympic level of wrestling. I’m trying to create a feeder system where Olympic team members come from my program because of the base that I gave them, like Ivan gave me. That’s really the reason why I’m doing this.” 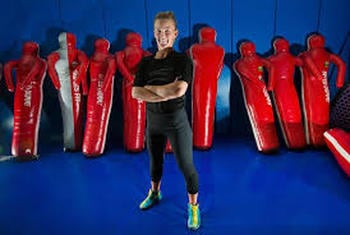 Deanna Rix (born 1987) is an American female wrestler originally from South Berwick, Maine, and noted in the media for her success wrestling against girls and boys in State and National competitions.

Rix has shown success wrestling both girls and boys. Against girls, she won three consecutive Junior Girls National Championships (2003-2005), finishing sixth at the 2005 Senior Women’s National Championships, second at the 2005 Body Bar Senior Nationals, and fourth at the 2003 Women’s World Championships.
Wrestling for Marshwood High School, she won the 100th match of her high school career in January 2005; all her high school victories were against boys. She made national headlines when she made it to the finals of the Class A State Wrestling championship in Maine, being profiled in USA Today (March 4, 2005) and in an article distributed by the Associated Press to newspapers nationwide. Poised to become the first female in U.S. history to win a State wrestling championship against boys, she ultimately lost the match with four seconds remaining in double overtime against Shane Leadbetter, and so finished second in State.
At the 2005 Junior National Championships in Fargo, North Dakota, she entered the boys Greco-Roman division, wrestling at 130 lb., and handily defeated her first two opponents (10-0, and pin at 1:14), before losing her third match 3-0 and ultimately pulling out with a minor hand injury. When asked by a reporter whether she preferred wrestling boys or girls, she replied that she preferred wrestling boys because “beating them is more fun.”
A promising Olympic hopeful, Rix has since begun attending the University of Northern Michigan, home of the U.S. Olympic Education Center where she is a member of the women’s wrestling squad and is majoring in cosmetology. With her expertise in technical skill and notable good looks many observers believe that she could eventually become successful in and eventually an important representative for U.S. Women’s wrestling.